The Groundhogs were promoting their astonishing album Split. This may well have been my first rock concert. A friend at school sorted our tickets out and we were in the front row. It was without doubt the loudest thing I had ever heard (The Groundhogs were always a very loud band live). Brilliant experience. ELP were a huge deal in 1971. Formed from the ashes of The Nice, this tour largely promoted their debut album as well as a live recording released a few months before the tour. Although we had tickets we sneaked down to the City Hall early and were able to sit behind the gear and watch them setting it all up. Emerson has a massive Moog set up which looked like Nasa control. It was a stunning show, with plenty of Hammond mangling to enjoy as well. Hawkwind’s lengthy Space Ritual tour lasted two months and arrived in Sheffield in the run up to Christmas. I’d got into the band via the Silver Machine tour and the still great In Search Of Space album (I even won an extra copy of that in a competition in Cann’s record shop). The band were in a league of their own really, a very trippy punky atmosphere which worked really well in the City Hall. The tour was later issued as a live double LP but sadly not from this show. While the punk and new wave bands stuck mostly to the Top Rank, the old guard still ruled at the City Hall. Hillage was going solo after some years with Gong, and riding high with a new album Motivation Radio. Hard to believe he could sell out the City Hall with ease now, but he did. Great show at well, he had a really unique sound and style. It was a tipping point for many older music fans trying to get to grips with the emerging new scene yet still better used to the old wave.

Strange, some gig provoke a lot of memories, but I can’t remember much about this one, despite Wakefield born Bill Nelson’s band headlining on the back of successful EMI Harvest albums and singles. This show was promoted by Sheffield University Students Union. It was not unusual for the Uni Ents people to use their booking experience to secure quite big acts, and particularly if potential ticket demand was high, schedule it at an outside venue. Although mainly an albums band, the group also had a hit single around this time which made me go along. This was probably the last tour with Michael Schenker, the impressive but trouble-prone German lead guitarist who left in December. 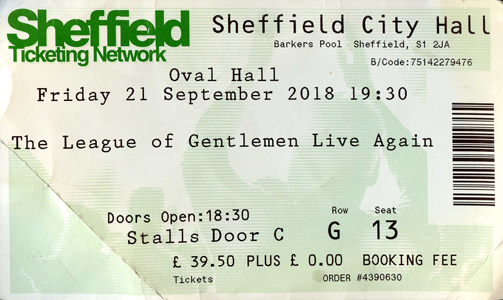