Don Valley and the Rotherhides 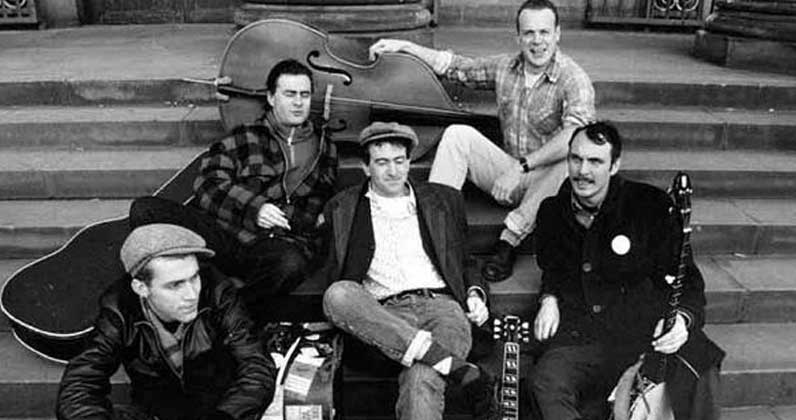 A rough 'n' ready rootsy North Country 'n' Western Punk echoed around Fargate and Chapel Walk Sheffield causing chaos in the queue for the late Star and turning the fruit and veg stall's bananas brown. The Rotherhides quickly started to draw large crowds in the streets of Sheffield it wasn't long before the phone started ringing it was the unemployment benefit office asking them in for interviews. with the addition of Roscoe Banks on banjo they became one of the best live acts in Britain. Their success never really translated into record sales and in early '92 they decided to call it a day with farewell gigs at The Hallamshire Hotel West Street Sheffield. Their LPs included I'm So Far In The Red I'm Blue ?(Hot Dang DANG11 1987) and Quiet Flows The Don ?(Homar HOMLP6604 1991) and singles Virginia Plain. A retrospective EP is available on Itunes including the classic Thatcher's Dead