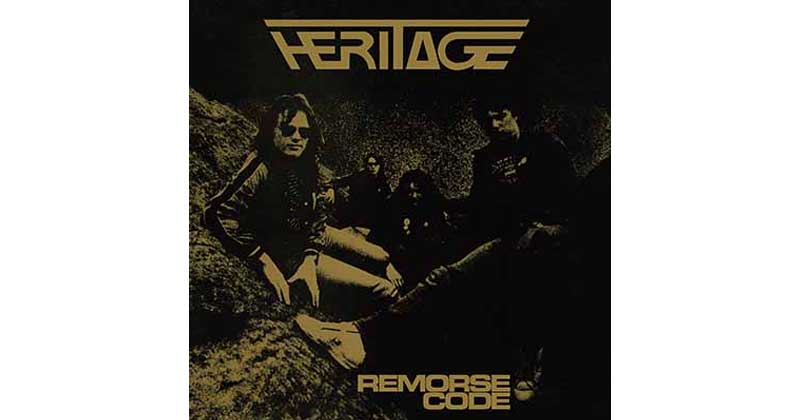 Heritage didn't last long. A single in 1981 and a solitary album in 1982 before they were gone. The single – Strange Place to Be and Misunderstood – showed that Heritage had the talent. A major line-up change followed with only guitarist Steve Johnson remaining the in quartet which would record the album. The incomers being Steve’s brother Fasker on bass, Steve Barratt on guitar and Pete Haliday on drums.

The resulting album being quite diverse in style. Very well put together songs each different from the other showing much musical ability – particularly the guitar work of Steve Johnson and Barratt not forgetting some solid drumming which holds it all together. Much more to Heritage than pumping out frantic riffs. They could do that, though were refined at the same time. Their entire output was recently re-released on vinyl.