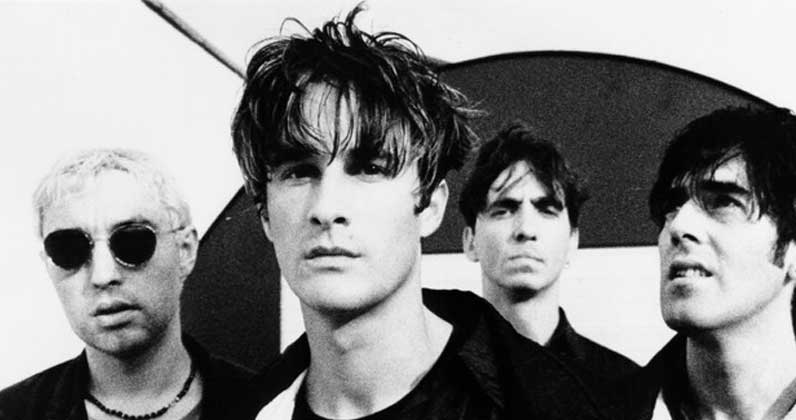 The group initially signed with Elektra Records but just before the release of their first single two major crises struck the band. Lead singer Hunt was seriously injured in a car accident resulting in his being in a coma for three days. Shortly after the UK arm of the record label closed leaving the Longpigs' future in doubt. Elektra set a price of £500000 to release them from their recording contract. The Longpigs' contract was purchased by U2's new record label Mother Records. The band toured extensively opening for Echobelly Supergrass and finally Radiohead in early 1995. Their first singles on Mother Records "Happy Again" "She Said" and "Jesus Christ" did little in the charts. The band played the 1995 Reading Festival. Their fourth single "Far" managed to hit the UK Top 40. This was followed by the ballad "On and On" which received considerable radio airplay and hit the Top 20 of the UK Singles Chart. In April 1996 the band released their debut album The Sun Is Often Out which was declared one of 1996's 50 best albums by both Q and Melody Maker. On the heels of their newfound success the band then repackaged and re-released "She Said" which also reached the UK Top 20 in June 1996 which was followed by "Lost Myself". Former Cabaret Voltaire member Boyle was replaced by Andy Cook for their second album.