On the 22nd September 1976, Be-Bop Deluxe played a secret gig at the Black Swan, billed as “Funky Phaser and his Unearthly Merchandise” (taken from the B side of their single “Kiss Of Light”. There was a mention in the Star, (now attached to a cassette recording of the gig 😉

Shine
Life in the air age
Ships in the night
maid in heaven
Sister seagull
Blues shuffle in A
Adventure IAYL
Piece of Mine
Forbidden lovers
Terminal street
Blazing Apostles. 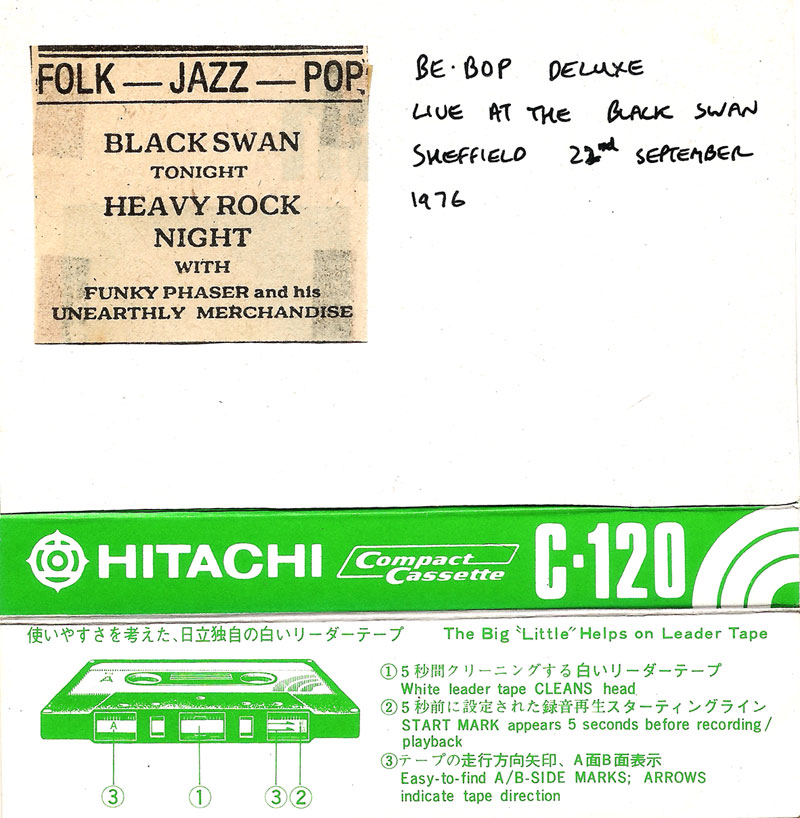