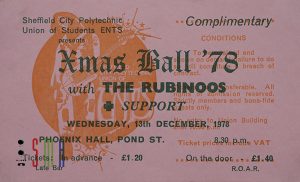 Not massively well known these days but The Rubinoos still have a bit of a cult following and were peaking in 1978 / 79 when they were booked for this Sheffield Polytechnic Xmas bash in late 1978.  Their brand of power pop probably went down pretty well too, though it is not a gig we saw. Their only hit was a cover of I Think We’re Alone Now, but I only recall Lene Lovich’s more adventurous version from the following year. Formed in 1970 the band are still going strong! £1.40 ticket price, won’t buy you a bus ticket today! SR. 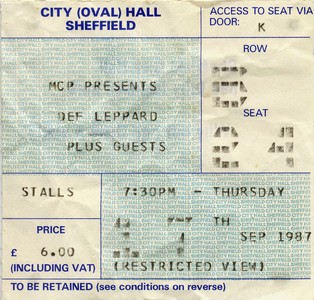