Made in Sheffield is a documentary film on the history of the music scene in the city of Sheffield from 1975 until 1983. The film was directed and produced by Eve Wood in 2001. It features bands such as The Human League, Cabaret Voltaire, Clock DVA, Pulp, ABC, and Heaven 17. Well worth watching. 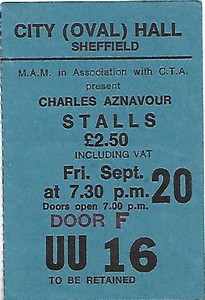