John produced many posters for the Polytechnic during the 70s, read his story. 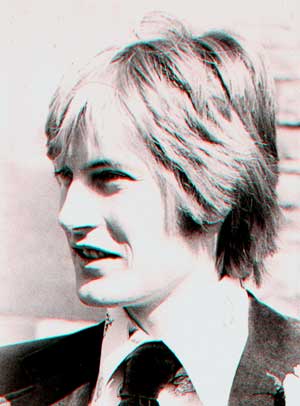 I attended Sheffield College of Art in 1968/69 where I studied Graphic Design and Photography. I then did a year at Derby College of Art.  I got my first job as a Graphics Technician in the ‘Visual Aids Department’ at Sheffield Polytechnic in 1972 which was based at the main Pond Street Site. The ‘Visual Aids Unit’ did mainly photography and supplied equipment for lectures. I did graphics for different departments within the Poly.

I was always keen on music and especially liked posters that were being produced for the Sheffield Playhouse and Sheffield University Student’s Union. Somehow I managed to persuade the Poly Students Union to let me do their gig posters. I did the artwork basically anything that came into my head and seemed appropriate. I would then screen-print a set of 20″ x 30″ posters in the attic of my parents house. The posters were screen-printed then hung up to dry on washing line usually a quantity of 100 were printed.

I left the Poly in 1975 but returned in 1977. By then the posters were printed professionally at a local printers. I stopped doing the posters for the Poly in the 1980’s. I went to most of the gigs. I particularly liked The Sensational Alex Harvey Band when they used to play the Main Hall at the Pond Street site. Later the gigs were held at the Nelson Mandela Building which became the Students Union head quarters. I particularly remember Slade doing a Christmas Ball there and the whole place rocked. Those were great times when you could see AC/DC for about 50p. The college and Uni circuits all the bands and it was a great time to see live music.

John has unearthed a limited selection of original posters you can buy.