The first solo album by the enigmatic singer/songwriter of the Comsat Angels. Hard to find these days!

Prior to jumping ship from the Comsat Angels — a band Fellows more or less helmed for a decade and a half — he started making tapes of loop-heavy guitar improvs. Initially done for his own amusement, Fellows soon realized that he had compiled quite an impressive amount of material. He then decided that he’d like his first post-Comsats release to not be rock-based, as his first solo release would inevitably be compared to his previous works, a high order indeed. So he whittled 13 hours of drumless, voiceless guitar atmospherics into the 50-minute Mood X. Since his early days in the Comsats, Fellows has repeatedly proved his worth as a dynamic, imaginative guitar mangler. His knack for gliding atmospherics and plaintive picking has gone all but unnoticed; an echo-heavy sound Fellows can lay claim to as helping pioneer popped up through the likes of no less than U2’s the Edge. Much of what characterized the Comsats’ sound remains here, but the record really allows for Fellows to stretch out. Rightly marketed as a record to listen to in a loud, unlit environment, Mood X is expansive in its tones. “Waves” echoes, rings, and vibrates. “Backwards” is just that, and it evaporates after two minutes of inert shuffling. “Space Chords” hovers and swells, sounding a bit like the Cocteau Twins’ Robin Guthrie. The chill of “Shimmer” could easily be wedged into Aphex Twin’s Selected Ambient Vol. II.

There are no reviews yet. 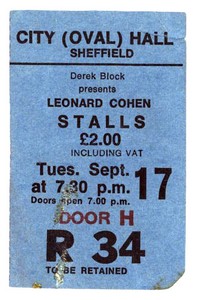