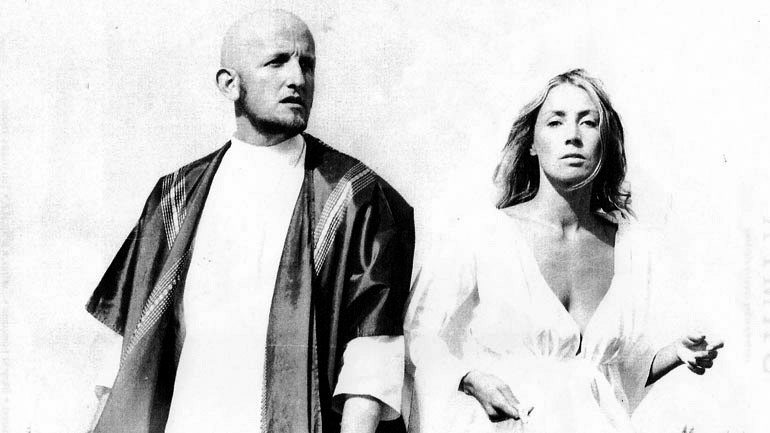 Ramases (Kimberley Barrington Frost) was born in 1934 in Sheffield. He was the only child of musical parents (his mother played piano to silent movies in the local theatre, and his father was a tenor) and grew up singing and playing guitar from an early age. Barrington was drafted into the RAF and after completing his service, in 1960 he met and three weeks later married Dorothy King (1957 carnival queen of Felixstowe). The couple settled in London, where he worked as a jazz singer. The Frosts relocated to Sheffield in 1966 and with Dorothy renamed as “Selket” launched their musical career having had an epiphany that they were the reincarnation of Egyptian icons.  They released two singles namely ‘Crazy One’ (on CBS records) and ‘Screw You’ (recently used in 2019 on ‘Killing Eve’ in the infamous lipstick scene) and a couple of albums in the 1970’s.

In 1971 they recorded their debut album called ‘Space Hymns’ at Strawberry Studios in Manchester with the nascent 10cc (Eric Stewart, Graham Gouldman, Kevin Godley and Lol Creme) as backing musicians. The open out cover was the largest Roger Dean Sleeve ever released. The lead track is ‘Life Child’ warning about the consequences to our earth of man-made pollution. The album didn’t made much impact because of poor promotion and a few problems with the backing band Hotlegs. In 1975 they recorded a second album Glass Top Coffin but they were unhappy with the post-production strings, which meant they couldn’t play it live. They tried to record a third one “The Sky Lark” but it never got past the cassette demo stage. Barrington suffered from depression and took his own life in 1976.

In 2021 his widow Selket re-recorded parts of ‘Life Child’ with new lyrics and sounds at the end of the song as a positive affirmation resolving its message and giving hope for a solution. More information on this site: https://harveylisberg.com/ramases/