Inside an early Victorian town shop (it had been an ironmongers before) in the middle of the city centre, Impulse was a bit of a hippy emporium in the Seventies, selling posters, novelties, cards and masks according to their bag. I think they also did cheesecloth shorts and other cheap fashions. But beyond that was a sort of long extension to the shop (tin roofed if I recall correctly at the back end) stuffed with records, new and old. I certainly remember seeing my first vinyl bootlegs there too, but beyond my own hazy memories  I don’t know much about the history of Impulse.  An earlier photograph suggests is was called just The Record Centre incorporating Mathews Boutique.  A couple of years later it was rebranded Impulse.

My brother found an Impulse paper bag (below) at a car boot recently. The whole of Cambridge Street was a rare survival of the old city development, and The Albert pub at the end was a regular haunt for people attending rock concerts in the City Hall across the square for decades.  Needless to say this and the Impulse block were bulldozed around 1979 and replaced by rubbish 80s architecture.  35 years on they are about the trash the rest of it.

Jacks was a decent size indie record shop which opened in an old cutlers workshop courtyard (one the council had forgotten to demolish) and was there for quite a few years. The owner was generally regarded as a bit of a grouch by some (he was named as the ‘Basil Fawlty of record shops’ in one local article!), but it was quite well stocked. They also covered tickets for lots of the music venues, didn’t charge silly booking fees, and kept a useful list of upcoming concert dates going on their wall. They later moved across and up the road a little to a new building, but this proved a move too far and they closed in 2009 and planned to sell online. I think they do, but only on other sites as their own is still listed as coming soon!

Johnson Electrics
511 Staniforth Road
262 Newhall Road
Sales – exchange – repairs for Electric washers, radio, television, etc. Records seem to have been a sideline for the shop possibly in the 1950s, as the 78 sleeves were plain with just a three colour rubber stamp printed on them. The Staniforth Road building survives but had been converted to residential accommodation. Newhall Road has been redeveloped as industrial units.

Knowles. Frank
157 Newhall Road, Attercliffe
Dealer in Gramophones, records, cycles, etc.
There is an entry in Sheffield & District Trades Directory 1927-28 for the shop but no sleeve has been found so far. Newhall Road has been redeveloped as industrial units.

Lofthouse. A.
85 Meadow Street
All the latest dance records in stock and moderate prices. The sleeve shown is from a short lived 8″ format which promised the same playing time as a 10″ record. The street remains but the area has been redeveloped. Alan Lofthouse is listed as a newsagent here in 1925. 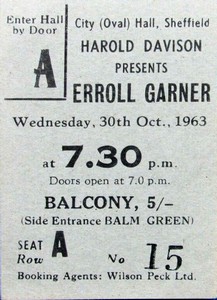