Local boy made good Steve Byrd left us in 2016, but remains an unknown figure for any. He rose to fame with Zzebra and Neo, a new wave band who recorded an album in Ian Gillan’s studio, and after Gillan had heard them he hired Byrd and bassist John McCoy for his own band. In 1982, Byrd became a long-term member of Kim Wylde’s backing band. With Kim, he co-wrote “Another Step (Closer to You)” and other songs. In the 1990s, he was also a member of 4 Bills And A Ben, a band with flexible line-up formed by Johnny Warman which also included Jeff Rich and John Edwards from Status Quo. He was the MD of the Byrdsongs record label. 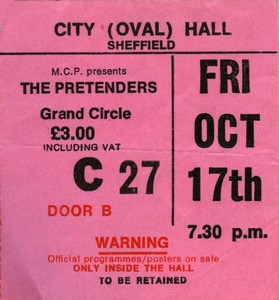