Fancy going to the flicks? 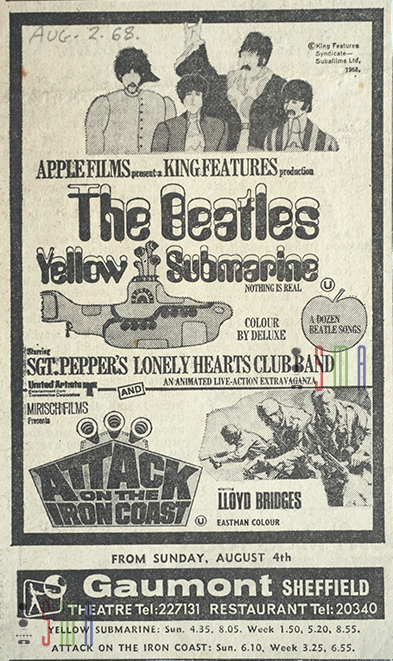 What a nice piece of musical ephemera which I clipped out of an old newspaper at some time.  Yellow Submarine was released just a couple of weeks before in London, and then opened here in Sheffield on August 4th 1968 (52 years ago today).  It was playing at The Gaumont, which was Sheffield’s premier city […]