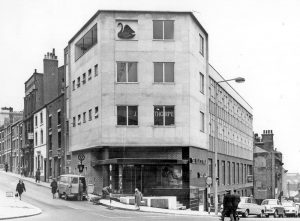 The venue was the perfect size for bands still on their way upwards and had a special place in Sheffield gig-goer’s hearts. They also gave local bands every opportunity to play on a “proper” stage. Groups like Pulp, the Arctic Monkeys and Little Man Tate honed their talents here too.

The Clash played their first gig at the Black Swan on 4 July 1976 along with The Buzzcocks supporting The Sex Pistols. The band played a four song set that night, which included Protex Blue – later to feature on their debut album The Clash (released on 8 April 1977). The line-up for the Black Swan gig was Joe Strummer, Mick Jones, Paul Simonen, Keith Levene and Terry Chimes.

In its more recent incarnation as The Boardwalk, (and “Under the Boardwalk” in the lower area), it continued as a music venue until November 2010. We still don’t really have anything to match it.