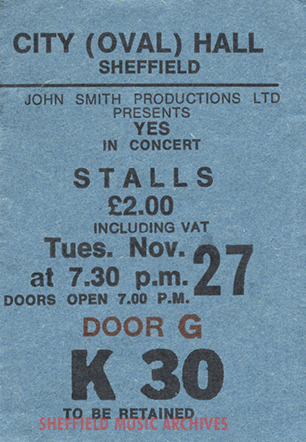 This was more like it, the incredible Tales From Topographic Oceans tour – a full set based around their epic album with a short intermission half way through. It was my first Yes concert, but I would still rate it as one of the best rock shows I’ve ever been to.

I’d not heard the album at the time but it was still a brilliant performance, and very moving in places. Tickets were at a premium and we were stuck right up in the gods. Not being used to intermissions we almost missed the restart and had to dash down the steeply raked seats to try and switch our cassette recorders back on – and almost went over the edge.